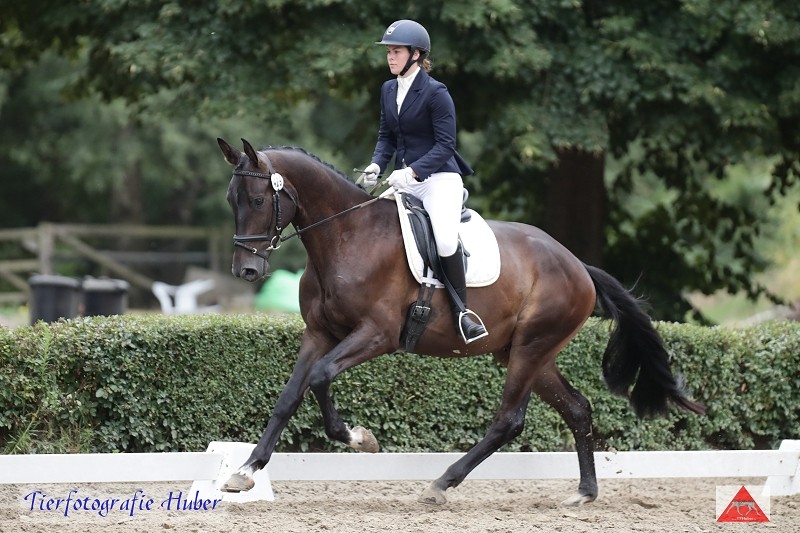 Aslan from Tarison-Lavayette, born in 2014, is currently showing what’s in him. Within a week, he not only won his first eligibility with terrain obstacles, but collected further placements. All that is missing now is a start in an off-road class L exam with a score of 7.0 or better to qualify for the Bundeschampionat.

Under his constant rider, Jennifer Bergmann-Krüger, Aslan started in his first suitability with terrain obstacles. With the score of 8.2, the couple won this test.
Then he started in his first off-road horse A, which he finished third with the score 8.0.
On May 1, a combined A ** exam was scheduled. The jumping horses A ** he finished fourth, the dressage and off-piste tests each as a first reserve. Together, this resulted in an outstanding second place in the combined exam.
The third qualification test for the Bundeschampionat managed the young son of the Tarisons meanwhile. In a field horse A, he came with the score 8.5 on the third place.

Aslan is owned by Dirk Kiewald and Martina Junkert and is for sale.